You are here: Home / Tucker McCravy

Originally from the United States, he has spent most of his adult life outside of his home country.   He grew up in the capital city of South Carolina, and was among only 2 out of 65 graduating high school seniors that went out of state for university education.  At a liberal college in the Northeast, he was drawn to languages, and became interested in the social impact of literature.  Upon graduation, he chanced upon the opportunity of joining the U.S. Peace Corps at the age of 23.  During his stint in Sri Lanka, he realized what good fortune he had growing up, and felt a need to give back to the global community.   Since then he has moved around the world – mostly in Asia and with a small stay in Africa.  He started a small international non-profit dedicated to helping children fulfil their potential.

After being in the field for a decade, he returned to bring some of his practical experience back to the classroom, and to formally study education.  Stimulated by the academic environment and his colleagues there, he became interested in education for peacebuilding, or peace education.   Then he went back into the field to apply his new learning and capacity.   As the years grew on, he became interested again in further study and research, and so in 2008 started a Ph.D. in peace studies at Bradford University.

For the last two decades of his life, he has been working in the field of humanitarian assistance, development, and peacebuilding.  He has spent my life as an educator, doing his best to make a small contribution to the lives of those around me.  He is convinced about the power of peace to unlock our human potential.  And concerned about how little thought we as a global family give to envisioning a brighter future for ourselves.

"We can't solve problems by using the same kind of thinking we used when we created them." Albert Einstein 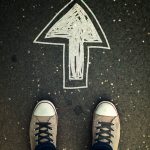